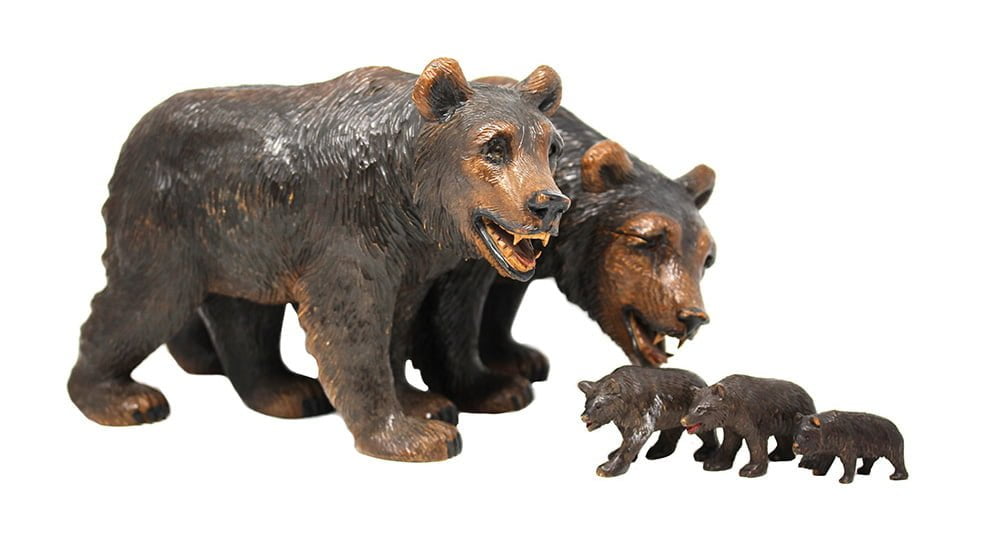 Arguably one of the more recognisable types of wood carving, Black Forest carvings are known all over the world and are to this day highly desirable. In today’s article I thought it would be beneficial to answer some of the regular misconceptions with Black Forest and give an insight to the history. After all, here at Jacksons Antique we are partial to a bit of Black Forest and regularly are on the lookout for pieces to add to our inventory. 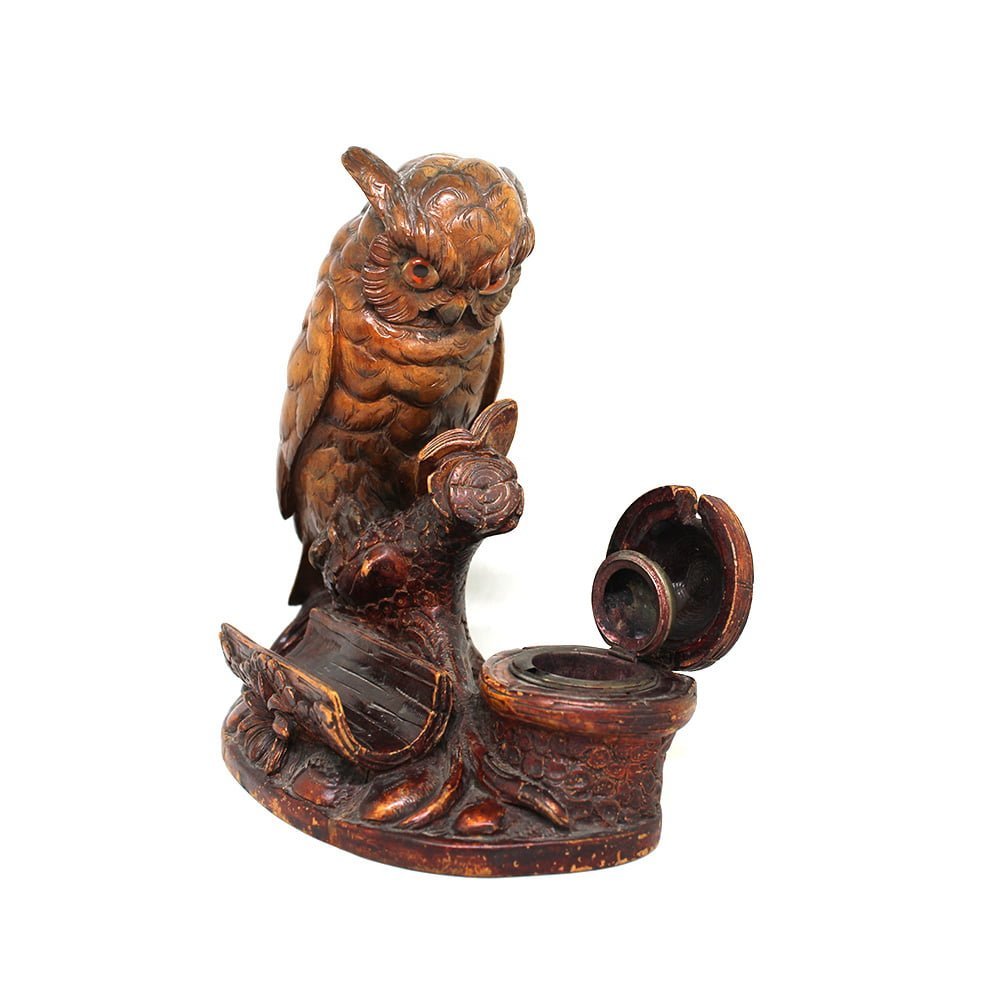 Let’s start with a common misconception of Black Forest, where does it come from? Well as the name suggests, the black forest in Bavaria Germany might be a good place to start. However, this intriguing red herring is certainly not the birthplace of the carvings and actually we need to head roughly 260km south too

Brienz, Switzerland for the story to continue. Peter M. Blackman an expert in Brienzerware can answer the question of Who? He tells a story beginning in the early 19th century of what is believed to be a man named Christian Fischer. Fischer realised that many people were visiting a hot spot near Brienz, Switzerland called Giessbach falls and decided to pursue a small business in providing local hand-crafted bears to tourists. Thus the figures were named Brienzerware which later become more commonly known as Black Forest due to the incorrect theory of their origin. Fischer is believed to have gone on and sold many carved bears at this location unknowingly launching what is now known today as Black Forest carvings. From his success it is believed that the key players in the Black Forest market began to take notice and opened up firms dedicating their sole market to carved woodwork. Names such as the Trauffers, Hugglers and Wirths were some to get involved at the early stages and to this day are highly regarded as the defining names of Black Forest carvings.

As these families got their chisels into the business one family in particular was known to break tradition and in the 19th century was not something commonly done. The Trauffer family decided to add a degree of whimsical poses to their carvings and strayed away from the common standalone bears and figures seen in many of the black forest carvings adding whimsical props and poses such as bears carrying baskets of firewood or propping up a bench. This in turn changed the dimensions of Black Forest carvings as they are known today. Following what can only be presumed as great success, pieces started to be noticed and many were featured at the London Great Exhibition of 1851, the Worlds Columbian Exposition in Chicago in the late 19th century and the Paris Exhibition in 1900. 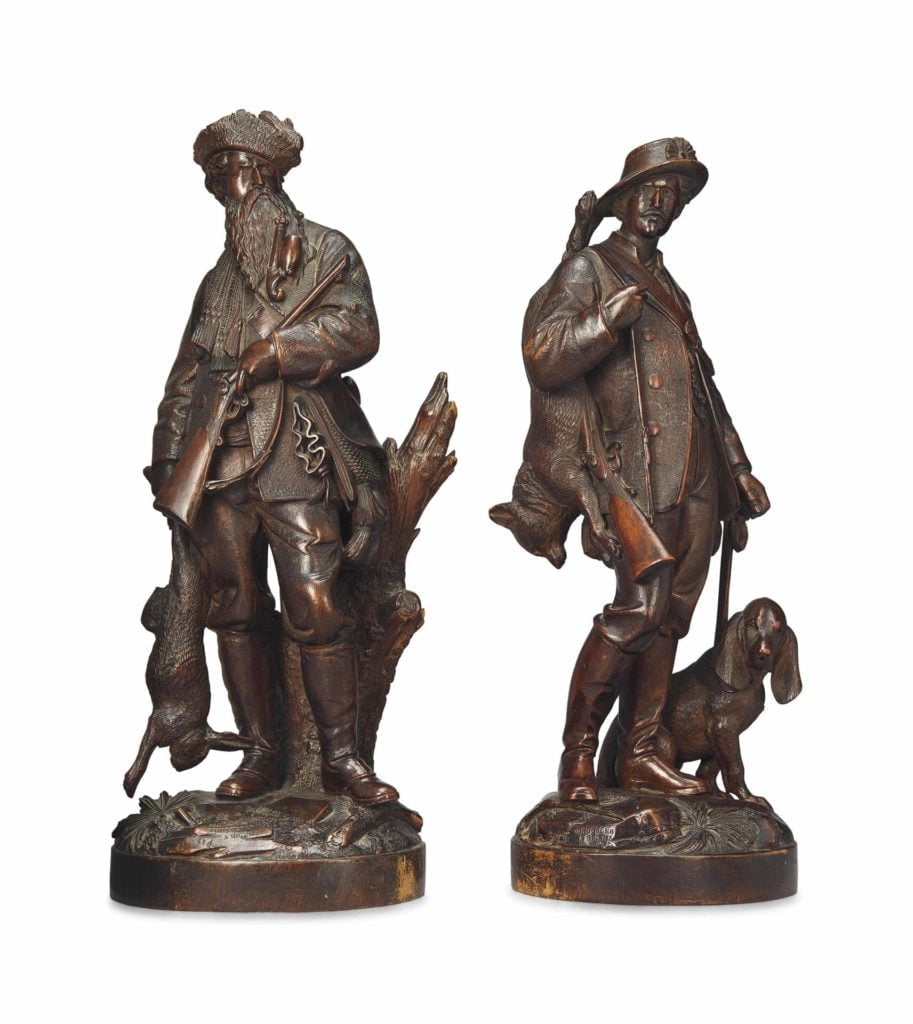 To this day these carvings are highly desirable and, in some cases, fetch a pretty penny at auctions and through dealers alike. It’s not uncommon for the nicer pieces to fetch up to four or even five figures at the larger auction houses but the trouble is being able to identify the original carvings compared to the more modern.

Generally, the carvings are made from linden wood or walnut and do not bare any signatures or marks that resemble the original carvers, these carvings can only be attributed to the artists due to the characteristics. However this is not always the case and some of the greater quality pieces can be found bearing carvers signatures much like the one above. This in turn adds to the value tremendously along with other factors such as having original glass eyes, the depth and quality of the carving as better quality pieces will have a realistic natural look as opposed to modern pieces with a naïve poorly carved look and feel, the size of the piece as a life-size carving will generally fetch a higher demand in price than a smaller object and finally the subject is very important as rare poses and animals demand higher prices and will vary depending on location for example in the USA; boars, eagles and dogs are highly sought after.

Throughout the years Black Forest has been a fairly persistent luxury item from the 19th century bought by world travellers through to todays collectors and although prices do fluctuate and trends change you can nearly guarantee that the rarer models will continue to bloom in auction for many, many years to come. Finally I will sign of with my favourite piece sold at auction the spectacular Black Forest Bear flood standing musical clock. 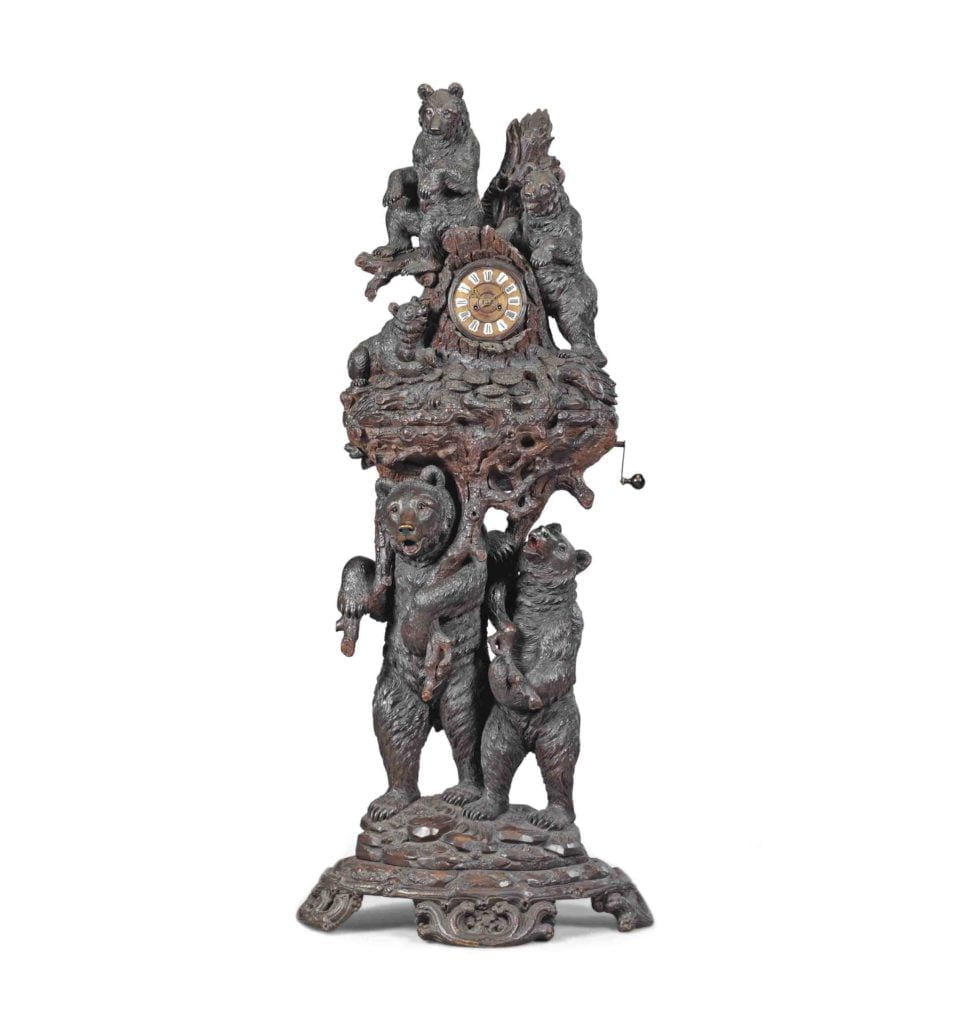