Free worldwide shipping on this item

Fine 18th/19th century Qianlong-Jaiqing russet Jade Dragon Rhyton/libation cup of archaistic design. The Rhyton decorated throughout with a chilong carved handle and scrolling motifs to the exterior, dark green in colour with russet inclusions. The inside smooth with signs of use, to the base of the cup a later mounted continental 925 silver base with wave motifs to the outside matching the jade. The Jade mounted on a later 19th/20th century silver base stamped and hallmarked.

Condition: Excellent, no damage or restoration. 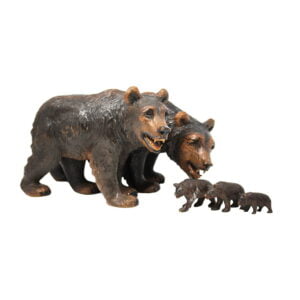